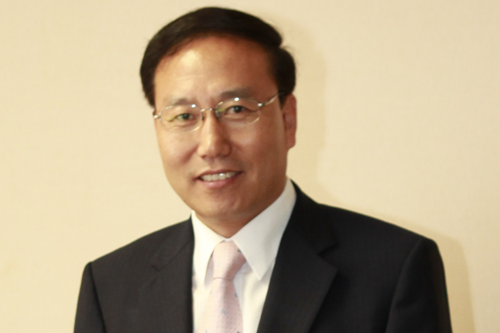 Mr. Noh was former Executive Vice-President of the National Agricultural Cooperative Federation (NACF) of the Republic of Korea. He received his M. A. in Economics from the Yonsei University in Seoul in 1996 and his B.A. in Agricultural Economics from the Seoul National University in 1976. He began his career at NACF in 1983 till his retirement in 2008. He had more than two years’ stint as Agricultural/Credit Cooperative Advisor from August 1996- February 1999 at the International Cooperative Alliance in Geneva, Switzerland .

Thirteen other EXCOM members were also elected. The full APRACA Executive Committee members for the new biennium are as follows:

Members of the APRACA Executive Committee

The EXCOM likewise held its 58th session on June 16, with Mr. Pham Thanh Tan, General Director of the Vietnam Bank for Agriculture and Agricultural Development and outgoing APRACA Chairman as presiding officer.

FinPower held its 4th CEO Policy Forum, focusing on risk management in agriculture and rural lending in Tashkent, Uzbekistan on June 16. The forum was conducted interfacing with the 17th APRACA General Assembly and the 58th APRACA Executive Committee meetings.

APRACA FinPower has conducted since 2007 four CEO Policy Forums in as many years, focusing on rural finance policy and regulatory framework, participatory dialogue and the impact of the financial crisis on key rural finance stakeholders and now on risk management.

The forum intended to a) to take stock of the status of risk reducing, risk mitigating and risk coping strategies and mechanisms of farmers, fishermen and forest dwellers as well as the risk management strategies employed by rural financial institutions to protect the institution as well as its clients; b) to identify innovations and best practices; c) share experiences in risk management; and finally d) to activate a recommended regional plan of action and corresponding national plans of action for further strengthening risk-reducing, risk-mitigating and risk-coping mechanisms.