Deprecated: The called constructor method for WP_Widget in ARFwidgetForm is deprecated since version 4.3.0! Use __construct() instead. in /srv/users/apraca/apps/apraca/public/wp-includes/functions.php on line 4952
 APRACA Secretary General visited Kuching, Sarawak state of Malaysia - APRACA 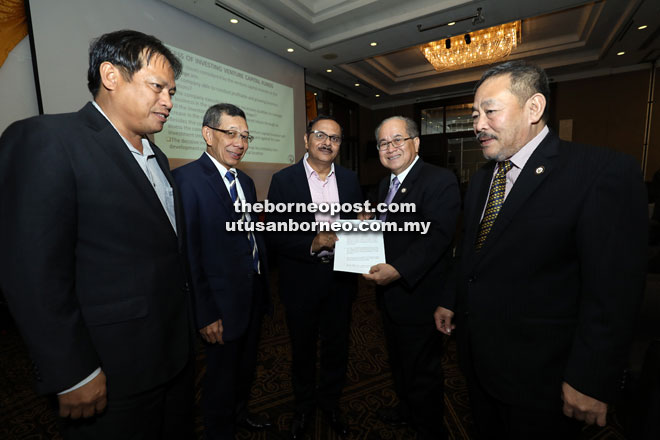 Dr. Prasun Kumar Das, the Secretary General of APRACA was invited by the State Government of Sarawak, Malaysia to speak on agricultural value chain development and finance during the International Conference on Agriculture and Agro-Based Industries (ICAAS 2017) which was held during 21-22 August 2017.

The state Government also invited Dr. Das to help the Ministry of Modernization of Agriculture, Native Land and Regional Development to develop the Standard Operating Procedures (SOP) to distribute the RM100 million venture capital already earmarked by the Government to support the smallholder farmers. In this connection the Secretary General conducted one day workshop on 23 August at the Hilton Hotel, Kuching which was attended by the Deputy Chief Minister, Assistant Ministers, Deputy State Secretary and 45 top officials from the State Government, Private Sector, Financial Institutions and Civil Society Organizations.

The workshop on venture capital attracted media coverage due its importance to modernize agriculture and agribusiness in the state of Sarawak to improve the livelihood of the farm sector and provide impetus to the private sector to leverage the seed capital announced by the state government to support modernization of agriculture.