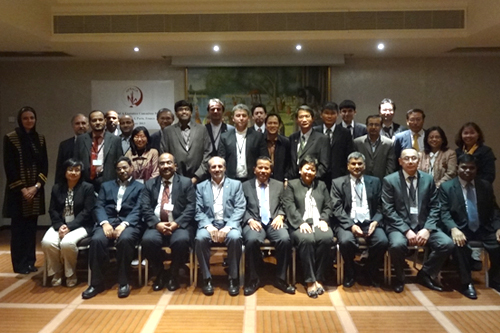 APRACA Executive Committee held its 63rd meeting at Le Meridien Etoile Hotel in Paris, France on 27 September 2013 with the participation of 13 member delegates and two ex-officio members. Out of APRACA’s 15 total Executive Committee member institutions, two members including the State Bank of Pakistan and the Vietnam Bank for Agriculture and Rural Development were absent from the meeting.

At the meeting, the Committee discussed and approved 10 agenda items including the approval of the minutes of the previous meeting. The Committee also decided to hold its next meeting in May or June 2014 in Dhaka, Bangladesh in conjunction with the 19th General Assembly of APRACA.