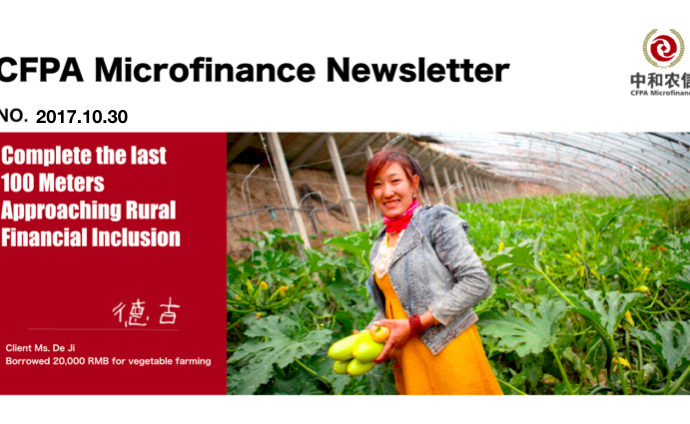 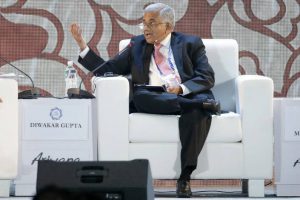 “Yes, that is a very good project, which we are both proud of and have high hopes for.” Said by Mr. Diwakar Gupta, Asian Development Bank (ADB) vice president, in an exclusive interview with CAI XIN ( a top Chinese news agency) reporter on the sidelines of the Asia-Pacific Economic Cooperation summit in Da Nang, Vietnam last week. （photo from CAI XIN 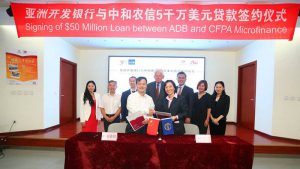 In 2016, ADB signed a $50 million loan facility with CFPA Microfinance Management (CFPAMF) to support approximately 130,000 microentrepreneurs in rural areas of China, which will boost income levels and employment in a next few years.

The ADB loan is used for onlending to sub-borrowers in counties designated by central and local governments as poverty-stricken areas. The long-tenor ADB loan will revolve and is expected to fund subloans amounting to over $200 million. The loan is ADB’s first non-sovereign loan in microfinance in China. 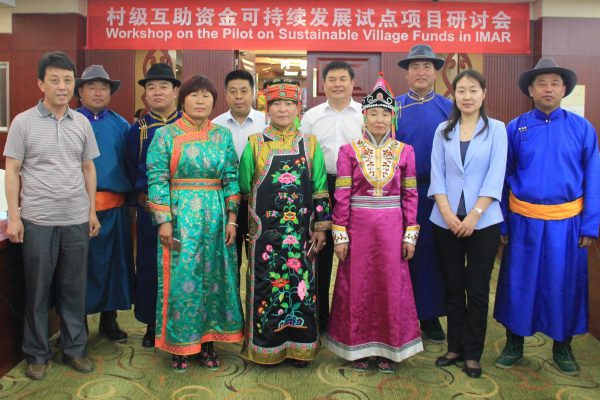 In addition, in 2015, financed by ADB, CFPAMF provided technical assistance in reform of project of Mutual Aid Fund Among Poor Villages ( the Fund) in Inner Mongolia Autonomous Region of China to improve the efficiency, penetration and financial sustainability of the Fund. The project of the Fund, jointly initiated by the State Council Leading Group Office of Poverty Alleviation and Development and Ministry of Finance of China, kicked off for poverty alleviation in 100 villages of 14 provinces nationwide in 2006.

As to the ties between ADB and CFPAMF, Mr. Dongwen Liu, general-manager of CFPAMF, emphasizes that ADB, as one of leading regional financial institutions, is dedicated to reducing poverty in Asia and the Pacific through inclusive economic growth, environmentally sustainable growth, and regional integration. And CFPAMF, as one of leading China micro-credit institutes, devotes itself into providing inclusive finance to rural grassroots Chinese to enhance their capacity building and help them improve living standards. Therefore, ADB and CFPAMF share common interests in poverty alleviation in China. For further cooperation between two sides in the future, a senior CFPAMF delegation will pay a courtesy call on related departments of ADB at the end of November this year.