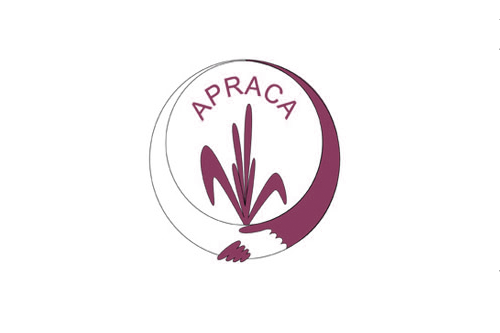 Abdul Bayes
The Asia-Pacific Regional Agricultural Credit Association (APRACA) recently organised a workshop on microfinance in agriculture in Siem Reap, Cambodia. Representatives from Bangladesh, India, Nepal, Pakistan, Sri Lanka, the Philippines, Thailand, Cambodia, Myanmar and a few other countries participated in the three-day workshop held on October 28-30, 2014. The event was conducted by Dr Marlowe Aquino and his associates, and backed by the National Bank of Cambodia.

Micro-finance institutions (MFIs) in Bangladesh and elsewhere have long been catering mostly to needs of non-farm activities. The reasons are perhaps not far to seek: seasonal activity as agriculture is, the question of weekly repayment in installment and interest rate emerges as a binding constraint.

The risks in agricultural pursuits are another problem. However, over time the problems have been eased with the emergence of new windows of opportunities, the growth of new products by MFIs, and a regime of diversified agriculture. However, Ganesh Thapa, an eminent economist and a former regional analyst of the International Fund for Agricultural Development (IFAD), set the tone of the workshop with a discussion on global changes and the challenges that agricultural economies are faced with. He also suggested some ways and means to overcome the emerging problems. It was followed by country-specific experiences with micro-finance.

As could be gleaned from the deliberations, micro-finance varies in size as well as in the system of its governance in different countries. In Bangladesh, for example, the industry is mainly led by the NGOs (non-governmental organisations) while in India, by the government. In Cambodia, the industry is dominated by the private sector. The loan size averages from $100 in Bangladesh to $30,000 in Cambodia. Bangladesh has a Micro-credit Regulatory Authority (MRA) while some other countries do not cap the interest rate. Despite the differences, the element of commonality is that micro-finance is growingly catering to the needs of the agricultural sector. From crocodile production in Cambodia to crop output in other countries, MFIs opened their windows of credit access. In a few countries, MFIs accept deposits like banks and extend loans while in other countries, MFIs only extend loans to borrowers.

Take the case of Bangladesh, the hub of micro-finance. It is a major industry in Bangladesh. By June 2011, the loans provided by NGOs went to 20.7 million borrowers (Bangladesh has about 33 million households). If Grameen Bank is included, the figure would be near 27 million. By and large, it is estimated that 44 per cent of the household loans is from multiple MFIs. In consideration of the coverage, it would be 16 million. But there is a high concentration in the micro-finance market. Three largest MFIs (Grameen Bank, BRAC and ASA) account for 70 per cent of the micro-finance portfolio and the 10 largest for 87 per cent. The average loan balance per borrower has increased from US$71 per borrower in 2005 to US$115 in 2009. The products include not only credit but also savings and micro insurance. About 40 per cent of MFIs provides insurance for various purposes including exemption of outstanding loan when borrower accidentally passes away. The average yield (income from service charge) is about 23 per cent compared to a 27 per cent interest rate cap introduced by the MRA.

As far as Cambodia is concerned, it has a landmass of about 1,70,000 sq. km, a little larger than Bangladesh – but it has a population of only 15 million, 10 times less than that of Bangladesh. Bordered by Thailand, Vietnam and Myanmar, this Southeast Asian country has been witnessing 8-10 per cent economic growth rate over the last couple of years. Three main factors seem to have fuelled such a growth in Cambodia: political stability, disciplined labour force and liberalisation of the economy. Besides readymade garments, exports of agricultural products are on a steep increase. It is reported that heavy doses of investments are flowing into the country in the wake of proper policies on board. The economy has become fully ‘dollarised’. If you want to ride a ‘TukTuk’ – a two wheeler transport with covered seats – you pay in dollars; buy cosmetics from a petty shop, no worry about conversion as dollar is accepted. Even micro-finance loans are given in dollars or Bhat. The micro-finance industry there is expanding fast with an eye on agricultural development. By and large, the recently released Global Competitiveness Report (2014) reveals that the country ranks 95th out of 144 countries in terms of quality of infrastructure whereas Bangladesh ranks 109th. It has outstripped Pakistan and Myanmar too.

One of the important destinations of micro-finance in Cambodia is crocodile production and marketing. Siem Reap is a town of tourists. The oldest and the largest temple – Angor Watt – is located there. In fact, the beauty of Siem Reap and the eco-friendly environment there have been attracting hundreds of tourists every day and thus making tourism an important source of foreign exchange earnings for Cambodia.

Siem Reap and the surroundings are better known as important source of supply of crocodiles. Crocodiles are exported to neighbouring Vietnam and Thailand to be used for meat as well as leather.

We visited the Hattha Saksekar Limited in Pou village in Siem Reap Commune. It produces both ducks and crocodiles. This particular household once faced acute economic pressure but could ease it through micro-finance. The household is on way to access 4th cycle loan from micro-finance institution HKL. The first cycle loan amounted to $3,000 to purchase crocodiles and the loan was repaid in full by selling the produce in Siem Reap market. The second loan was of $5000 to purchase smaller crocodiles for fattening (meat and leather). The third line of credit was for duck production.

Presently, the ducks are producing 8,000 eggs per day and 52 crocodiles are in their reproductive stage. As reported by the borrower, since the access to micro-finance loan, income and expenditure of the household have been on a rise. Pou village has about six crocodile farms. In fact, throughout Cambodia, trade of crocodiles for both meat and leather is exponentially rising in the wake of expanding demand from Vietnam and Thailand.

Amid hot and humid summer, we left the village after watching production and trade in crocodiles. Call it micro-finance or not, the farmers are reaping a good harvest through the loans.

The writer is a Professor of Economics at Jahangirnagar University. The full text was published in the THE FINANCE EXPRESS of Bangladesh under the Editorial Section on 04 November 2014. http://www.thefinancialexpress-bd.com/editorial/