Mr. Apirom Sukprasert was appointed as the President of Bank for Agriculture and Agricultural Cooperatives (BAAC) in 2017. 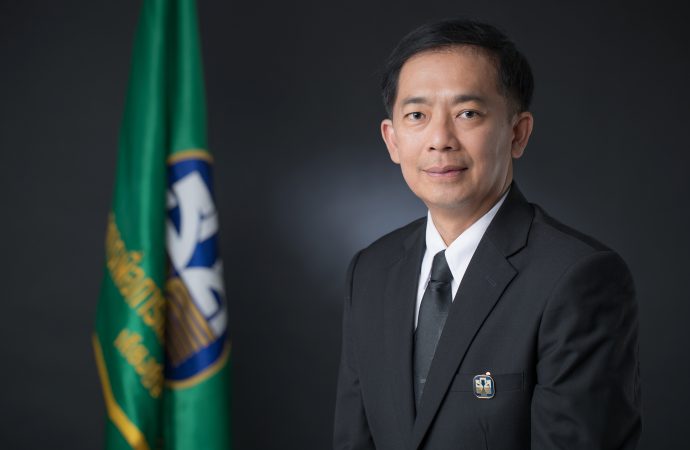 Mr. Apirom Sukprasert assumed the Position of the President of Bank for Agriculture and Agricultural Cooperatives (BAAC) since May, 2017, aiming to lead BAAC as a rural universal bank, in order to efficiently provide a wide range of financial services as a part of rural economy development with a good governance. Likewise, an agricultural development and a rural livelihood enhancement are the urgent missions of BAAC. To achieve these missions efficiently and sustainably, he has supervised under the framework of Sustainable Development Goals or SDGs, by embracing the Sufficiency Economy Philosophy as the cornerstone of BAAC’s policy for improving the farmer’s quality of life. BAAC, not only provides financial facilities for farmers but also enhances the knowledge and working skill to generate more income and support them by Agri-tech and innovation to be the smart farmers.

Joining BAAC in 1985 as a Planning Officer Class-5, he worked in various divisions in Planning Department and grew in his career path as the planning officer and research officer respectively. Then, he moved to the Regional Department as a business development officer, chief of field unit and branch manager and so on. While working in the region, he also gained the experience in rural development.

Furthermore, during his more than 32 years of working life in Bank for Agriculture and Agricultural Cooperatives, he was appointed to be a representative of BAAC to China, Iran, Laos, Singapore, Nepal, Japan, Vietnam, Spain, and USA to attended various international executive courses, seminars and conferences.