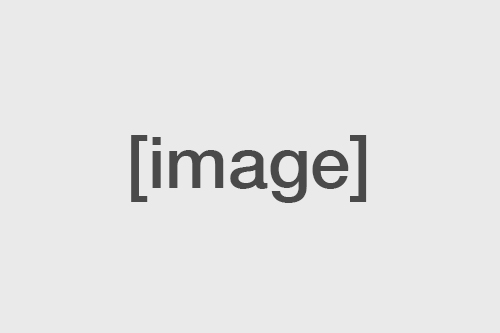 FAO Regional Office for Asia and the Pacific

FAO Regional Office for Asia and the Pacific

Good Morning to you all

First of all, I wish to express my thanks to APRACA for the kind invitation to address this regional consultation on rural financial innovations. It is my great pleasure to be with you and share some thoughts on the emerging issues and challenges on rural finance.

The Asia and Pacific region, as you all know, has achieved dramatic progress towards reducing poverty and hunger in the past last three decades. Economic growth and per capita GDP growth in this region has far exceeded other regions in the whole world. More recently, the region’s economic performance in the wake of the global financial and economic crisis has been one of the bright spots in the world’s economic recovery.

However, let us not forget that the fruits of economic growth have not been shared equally across countries and among the people within the countries of the region. As a result, widening inequality and disparity is seen in many countries in this region.  The Asia-Pacific region as a whole is more or less on track to halving the proportion of the population living on less than 1.25 dollars a day, but not the proportion of hungry which increased to 18 percent in 2009 as a result of the food and financial crises, and is now down slightly to 16 percent against the MDG target of 10 percent to be achieved by 2015.  Moreover, the absolute numbers are very large: 947 million people still live in poverty in the region, down from 1.5 billion in 1990. 578 million people are still undernourished and nearly 100 million children under five years of age are underweight. Most of the poor and undernourished in this region live in rural areas and depend, in one way or another, on agriculture for a living. The problems of vulnerable populations, especially pregnant women and lactating mothers, children under  age five and other disadvantaged groups call for special attention for targeted safety net interventions.

Achieving such growth in production is a major challenge. There is a growing scarcity of land and water resources for agriculture; their quality has suffered from unsustainable intensification and farming practices; climate change is adversely affecting the agriculture sector; part of the cereal grains and oilseed production is diverted to biofuel production; food prices are high and volatile and projected to remain so in this decade; and the youth is leaving rural areas for non-agricultural jobs causing aging of the agricultural population. To address this challenge greater investment in needed in agricultural research to generate highly productive and sustainable technologies for different agro-climatic conditions. This should be complemented by substantial investment in appropriate irrigation facilities, and rural infrastructure and support services. Last, but not the least, an enabling policy framework for agriculture creating incentives for private sector investment in agriculture and making it more profitable and attractive for the young population is needed.

Achieving rapid and sustainable growth in food production is not enough to address the hunger and nutrition issues in the region. Access of the poor to the increased food supplies must be enhanced by ensuring that agricultural growth takes place in a pro-poor, inclusive and sustainable manner.

When looking at the farm level, climate change has already been affecting farmers in the region for a number of years.  Two years ago, an un-seasonally late typhoon caused the Mekong river to rise again after first falling, forcing farmers to delay the planting of crops on the riverbanks, affecting the yield and their livelihoods.  Last year, the same river was unusually low, not overflowing its banks at all in places where it normally should.  This again threw the farming season off balance, because lack of soil moisture forced farmers to spend a lot extra effort on pumping water on their land for irrigation.  And this year we all know what happened.  In Thailand, Cambodia and Viet Nam, unusually large areas of crops were lost due to excessive rainfall and long periods of submergence of many farmlands.  Other parts of Asia have been similarly affected.  Think for example of the terrible floods in Pakistan over the past two years.

The only way for farmers to protect themselves to some extent from such unpredictable weather patterns is by taking better control of their farming environment.  Depending on the situation, this requires on-farm investments such as for small-scale irrigation and drainage systems, soil improvements and higher raised beds, plastic tunnels or plastic houses, shading houses, seedbeds protected by insect screens and many more.  All these investments help to reduce the risk of farming because they help to better control the farmers’ production environment.  There is therefore a clear need for financial institutions to make medium-term credit available for such on-farm investments.  Such credit not only increases the productive capacity of farmers, but it also helps to reduce the risks involved in agriculture production, and this again reduces the risks of the financial institutions themselves.

Most recently, FAO expects to become a partner in an innovative IFAD-financed project in Cambodia where the FAO-GTZ MicroBanking System will be used to capacitate external service providers to provide services to Group Revolving Funds by carrying out recordkeeping, accounting and reporting services for the groups, against payment of an annual fee.  In order for this to be sustainable, projects need to be designed in a certain way to optimize the group size and the fund size and the groups have to be part of geographic clusters to ensure cost effectiveness.  The model is expected to represent a considerable cost-savings over MFI and institutional models.

Innovations like this will be needed in order to bring financial services to the masses of small farmers in the Asia Pacific in a sustainable way to help them meet the challenge of increasing food production by 70 percent in 2050.  And this is the challenge that you, as executives of financial institutions are to meet.  Because not meeting this challenge is not an option.

Let me conclude by wishing you productive and fruitful deliberations over the next two days.