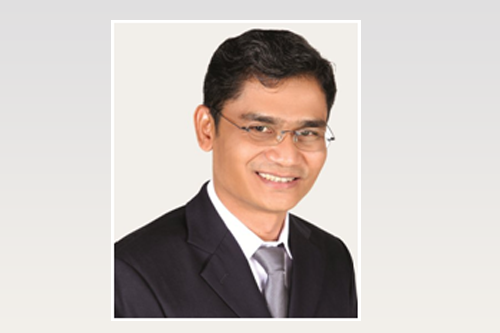 PRASAC Microfinance Institution was a credit component of the PRASAC project funded by the European Union and implemented by three ministries of the Royal Government of Cambodia.

To ensure access to financial services for rural communities and microenterprises, the PRASAC project’s steering committee decided to transform its credit component into a licensed MFI. In March 2002, the transformation was started through the creation of the PRASAC Credit Association as a credit operator registered with the National Bank of Cambodia.

In 2003, a trust fund called the Cambodia Rural Development Foundation (CRDF) and PRASAC Staff Company were established to facilitate the transformation. With two initial shareholders, PRASAC MFI Ltd. was established, registered with the Ministry of Commerce as a private limited liability company in August 2004. In November 2004 it received its license from the NBC to provide financial services to rural communities and micro-enterprises.

PRASAC engages primarily in the provision of microfinance services to the rural population of Cambodia through its headquarters in Phnom Penh and various provincial and district offices. The amended memorandum and articles of association for the changes in shareholders were certified by the Ministry of Commerce and the National Bank of Cambodia on October 14, 2008, and November 6, 2008, respectively.

In order to meet requirements and serve as a platform for future growth and diversification, PRASAC adopted Oracle FLEXCUBE Universal Banking as its core banking system to ease banking transactions, build a competitive advantage, help us to better serve targeted customers across Cambodia, and effectively manage the information system. On August 27, 2010, PRASAC obtained from the National Bank of Cambodia a microfinance deposit taking institution (MDI) license for the head office to receive deposits.

With a license to conduct microfinance business permanently and MDI license, PRASAC is now focusing on strengthening its operations and processes to take on a larger role in the country’s financial development by providing financial services to rural communities and microenterprises.

In July 2011, PRASAC was rated by a reputable international rating agency, Planet Rating, which specializes in rating microfinance businesses around the globe. PRASAC was graded “A-” with a “stable” outlook. The previous rating was “BBB+” by Microfinanza Rating in July 2009.

In 2012 PRASAC increased its registered capital from 15.4 billion Riels to 80 billion Riels after Oikocredit divested. The shares of Oikocredit was distributed among the existing five shareholders. The Belgium Investment Company for Developing Countries, the Dragon Capital Group​, the Netherlands Development Finance Company, and the Lanka Orix Leasing Company​ hold 22.25% each, and PRASAC Staff Company holds 11%. PRASAC​is a leading MFI in Cambodia with the largest branch network, profitability, and loan portfolio as well as sustainable growth. In 2012 it achieved another milestone by becoming the first MFI having ATM, foreign exchange, money transfer, and payroll services in Cambodia. It also opened a new eco-friendly head office.