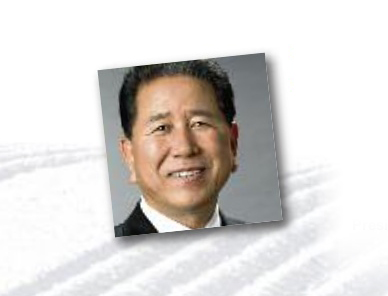 The incumbent chairman of the National Agricultural Cooperative Federation (NACF), Won-Byung Choi, was re-elected at the special NACF representative meeting on 18 December 2011 with the winning of 191 out of 288 votes. Mr. Choi was coming to the end of his current term in office at the end of this year. The new term will start early next year for four years.

He began his co-operative career in 1972 when he joined the Angang Agricultural Cooperative in his hometown. In 1986, he was elected as the President of this cooperative and served six consecutive terms. During the time, he had also served as president of the NACF Rice Processing Complex Business Operation Council where he had contributed to strengthening the Korean agricultural industry.

His accomplishment was honored by the Ministry of Agriculture and Forestry in 1987 when he received the Meritorious Achievement Award. In 2000 he was further recognized by the President of Korea and received the Meritorious Achievement Award for outstanding performance in the rice business and further in 2003 when he was awarded the Suktop Industrial Medal.

Mr. Choi had also served as a member and Chairperson of the Gyeongsanhbuk-do Provincial Council where he was a leader in local politics before he assumed the responsibility of the Chairman of the NACF in 2007. Mr. Choi holds degrees in Fisheries Business Administration, a Bachelor of Science, and a Master of BusinessAdministration.