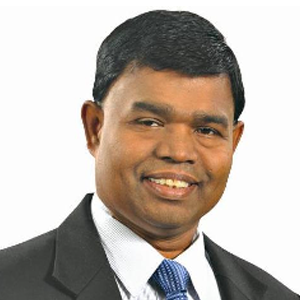 It is with a deep sense of appreciation that I share this message on the recognition accorded to Bank of Ceylon (BOC) with my election as Vice Chairman of the Asia-Pacific Rural and Agricultural Credit Association (APRACA) for the two-year tenure 2017-2019. I wish to place on record my gratitude to the member institutions of the General Assembly of APRACA for having decided on Bank of Ceylon as their institution of choice for this post.

APRACA’s objectives are very much in harmony with the national policies of Sri Lanka. Poverty alleviation, financial Inclusion and dissemination of entrepreneurial knowledge at grass roots level are considered as vital components of Sri Lanka’s overall strategy for economic and social development. Financial exclusion is considered as an impediment to the sustainability of a steady growth rate economically and to the achievement of social stability.

As a state-owned bank and as Sri Lanka’s largest commercial bank, BOC plays a significant role as a catalyst in economic development and in the implementation of government policies with regard to economic development. Apart from commercial banking, this role of being a catalyst involves a commitment to development banking involving both agricultural and rural credit, facilitating access to financial services and dissemination of entrepreneurial knowledge. As such BOC’s involvement with APRACA, which provides an effective platform for sharing knowledge and ideas, has resulted in an enhancement of Bank of Ceylon’s ability to contribute more fruitfully to the formulation of policies and strategies, and to experiment more confidently with different banking modalities. The insight obtained through these exchanges of information have also led to a significant improvement in the design of credit products and schemes and in effectiveness and efficiency in implementing such schemes.

Bank of Ceylon’s entry into agricultural and rural credit date back to the early 1970s when, in a major shift in policy, it undertook a major role in implementing the state Agricultural Productivity Law No 2 of 1972 by opening a special type of branch called Agricultural Service Centre Branch. A recent initiative aimed at financial inclusion is named “Samata Ginumak” which translates into English as “an account for everyone”.

Since its inception APRACA has succeeded in providing the required platform for sharing views, knowledge and experience among its member institutions in the Asia-Pacific region. Apart from promoting agricultural and rural credit, improving the effectiveness and efficiency of such credit and improving access to financial services, APRACA –provided knowledge has helped member institutions like Bank of Ceylon strengthen the case for such credit and financial inclusion at national policy-formulating forums in their respective countries. APRACA is a member-driven institution, and as such, I agree with the view expressed by my predecessor in office, Mr Shiba Raj Shrestha of Nepal Rastra Bank that APRACA’S future depends on largely on its member institutions and their active participation in its activities.

As a closing note I look forward to working with the APRACA Secretariat, member institutions and partners continuing to work towards achieving the objectives of APRACA and would like to state my appreciation of all APRACA members and partners for their continued support to the Association.