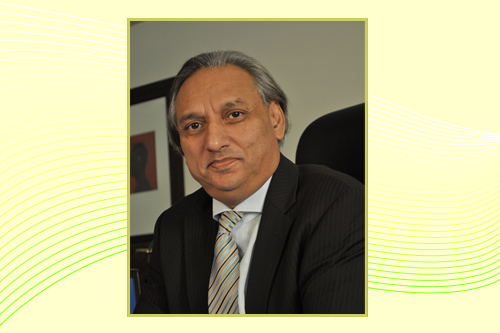 We take great pleasure in announcing that Syed Nadeem Hussain has been elected as Chairman of PMN in a board meeting held on 24th May, 2014.. In addition this is the first time PMN has added independent directors on its Board, this includes Mr. Faisal Ejaz Khan CEO 1-Link and Syed Akbar Zaidi an independent Economist of fame.

Syed Nadeem Hussain is the founder, CEO and President of Tameer Microfinance Bank, and is considered a world leader in branchless banking. Mr. Hussain serves as a board member and trustee of various organizations which includes: the advisory Board of the Institute of Business Administration (IBA), Board of the Institute of Capital Markets, Trustee of Indus Foundation, Trustee of the Jinnah Institute and an active member of State Bank’s and SECP consultative groups. He has been awarded the Global leader award in 2011 by C5 in Geneva.

Taking this opportunity, we would also like to express our sincere appreciation and gratitude for Dr. Rashid Bajwa (former PMN Chairman) for his significant contribution to the success PMN has achieved over the years , including but not limited to i) recognition as a high quality country level network/association with local and international players and ii) building a strong governance structure along with endowment for PMN.

Going forward, we anticipate our esteemed members, donors, regulators, policy makers and other stakeholders would continue to support us in furthering our mission of achieving inclusive financial services for all.