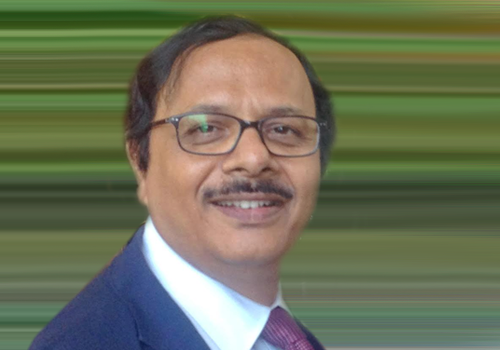 APRACA Secretary General submitted the performance report to the members of the APRACA Executive Committee (EXCOM) in its 68th meeting which was convened at the Beijing International Hotel, Beijing, China on 6th June, 2017. The performance report was for the period 01 November 2016 till April 2017. The EXCOM was attended by delegates from 16

APRACA Secretary General submitted the performance report to the members of the APRACA Executive Committee (EXCOM) in its 68th meeting which was convened at the Beijing International Hotel, Beijing, China on 6th June, 2017. The performance report was for the period 01 November 2016 till April 2017. The EXCOM was attended by delegates from 16 EXCOM member institutions of APRACA, 20 observers from APRACA member institutions. The members present in the meeting appreciated the progress made by APRACA in last 6 months and encouraged the Secretariat to continue their impressive work. Immediately after the EXCOM meeting, the APRACA Chairman visited the APRACA Secretariat in Bangkok and discussed range of issues with the staff members of the Secretariat and deliberated on business development and staff welfare in APRACA. He also asserted that Nepal Rastra Bank will continue to support the growth and development of APRACA, APRACA-CENTRAB and ACS.

The regional policy forum on ‘Financial Services and Poverty Reduction’ held in Beijing on 6 June 2017 was coordinated by the Secretary General in close collaboration with the colleagues from the Agricultural Development Bank of china (ADBC). The Technical Session 2 on the best practices of poverty reduction through financial services where the discussions were on South, Southeast and East Asia was moderated by the Secretary General of APRACA.

APRACA Secretary General received the delegations from NAFSCOB, India who visited APRACA Secretariat on were in Bangkok during 21-22 April 2017. NAFSCOB was represented by the Chairman, Managing Director and 6 other Board members. The SG and the leadership of NAFSCOB discussed about the current work streams of APRACA and future areas of collaboration with the NAFSCOB which is the apex body of State level cooperative banks in India. The meeting was successful and the NAFSCOB team agreed to work out the proposed regional conference in India on the cooperative development.

The Food and Agriculture Organization of the United Nations (FAO) invited the APRACA Secretary General for training and coaching programme of the officials of the Microfinance Institutions and rural development Banks on agricultural finance of Lao PDR in partnership with ADA and the Laos Microfinance Association (MFA). The objective of the training programme is to train the official and explore the interest participating institutions to collaborate on this initiative. The programme was organized during 24-28 April 2017 and was attended by 30 officials from 18 MFIs and 5 commercial banks.

The APRACA Secretariat office was visited by Mr. Anthony Bennett, Senior Officer Food Systems (Post-production), FAO Regional Office for Asia and the Pacific (also APRACA EXCOM Member nominated by the FAO), Mr. Tek Thapa, FAO Consultant and Mr. A’kos Szebeni, Rural and Agricultural Finance Specialist, Rural Institutions, Services and Empowerment (RISE) Team of FAO, Rome visited APRACA Secretariat during 1st week of May 2017 and discussed with the Secretary General regarding the future collaborative activities with FAO. The discussion was around the scholarship programme for the upcoming international training programme on with Boulder Institute in Turino, Italy for the APRACA member institutions. Numbers of other issues of collaboration were also discussed during the meeting.

The delegation from Japan Financial Corporation led by Mr. Mizumoto Takashi, General Manager, Agriculture, Forestry, Fisheries and Food Business Unit of Japan Finance Corporation (JFC) visited the APRACA Secretariat and met the Secretary general and other staff members in Bangkok on 2 June 2017. The Secretary General, APRACA and the General Manger, JFC discussed to explore the possibilities future collaborative activities and organizing APRACA EXCOM meeting in Tokyo during 2019. The discussions were encouraging and APRACA management is glad to receive many suggestions from the JFC team on the future directions of APRACA’s work and finalize the dates of the EXCOM meeting in future days.

The Bangko Sentral ng Pilipinas (BSP), the central bank of the Philippines together with the Asian Development Bank (ADB) invited the APRACA Secretary General as the lead speakers in the BSP-ADB Conference on ‘Financing Agriculture Value Chain in the Philippines’ which was held during 10 – 11 May 2017 at the BSP Complex, Manila. The Secretary General presented the cases of good practices of sustainable agriculture value chains from the member banks in the region which was highly appreciated by the delegates attended the conference.

A special supervision mission in China was organized by APRACA by hiring the independent expert. The mission took place during the week 15 May to 19 May 2017 and the APRACA Secretary General accompanied the Expert during the mission. The Mission spent two days in the key piloting area in Huainan Prefecture and was hosted by the management of the key implementation partner in RuFBeP pilots, Huainan Rural Commercial Bank (HRCB). This was followed by a one-day visit to the Nanjing Agricultural University (NAU), which plays a key role particularly as the technical support organization in the China pilots. On the last day, the mission visited Kunshan Rural Commercial Bank (KRCB) operating near Shanghai, with the main aim of encouraging this large rural bank to join APRACA.