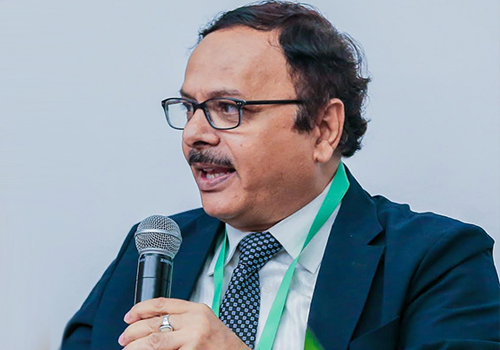 APRACA Secretary General met the delegations of Micro Finance Unit, Ministry of Agriculture, Kingdom of Swaziland who visited APRACA Secretariat on during their study visit programme to Thailand during 15-21 January 2017. The  delegation was led by Mr. David Mfanimphela Myeni, National Programme Director, Micro Finance Unit (MFU), Ministry of Agriculture and the delegates includes

APRACA Secretary General met the delegations of Micro Finance Unit, Ministry of Agriculture, Kingdom of Swaziland who visited APRACA Secretariat on during their study visit programme to Thailand during 15-21 January 2017. The  delegation was led by Mr. David Mfanimphela Myeni, National Programme Director, Micro Finance Unit (MFU), Ministry of Agriculture and the delegates includes the Directors and Chief Executive officer of the State enterprises and government line department focused in agricultural and entrepreneurial development in the country.  The objective of the study visit Programme was to provide exposure and capacity on the operation of the Agriculture Value Chain for the delegates and to internalize the current process to embrace the approach for the best practices related to agricultural development. The SG shared his views and ideas of close collaboration with the African countries and continues to support the south-south cooperation to fulfill the Sustainable Development Goals set by the United Nations.

A delegation from IFAD investment Project High Value Agricultural Project in Hill and Mountain Areas) from Nepal called on the APRACA Secretary General’s office during their study visit to Thailand (22-25 February 2017) to understand the Value Chain Financing and Insurance programme in the country being led by the Bank for Agriculture and Agricultural cooperatives. The delegation was from  inter-ministerial team consists of Ministry of Agriculture, Ministry of Livestock development, International NGOs and experts led by Mr. Rajendra Prasad Bhari, Project Manager of HVAP and Joint Secretary to the Government of Nepal.

APRACA Secretary General met the high level officials from the Agriculture, Forestry, Fisheries and Food Business Unit of Japan Finance Corporation (JFC) visited APRACA on 8 February 2017 to discuss and explore the possibilities future collaborative activities. The discussions were encouraging and APRACA management was glad to receive many suggestions from the JFC team on the future directions of APRACA’s work.

APRACA Secretary General attended the 2nd Dissemination workshop of IFAD regional Grant project ‘RuFBeP’ hosted by Bank Indonesia in Lombok, Indonesia during 24-26 March 2017. The workshop was inaugurated by the Deputy Minister of Planning, Government of Indonesia and the Assistant Governor of bank Indonesia apart from 69 participants from 11 countries across the region. The SG also visited the head of the 3 APRACA member institutions in Jakarta namely: YPPI, Bank Bukopin and Bank BRI. The meetings were successful and expected that the participation of these institutions in APRACA events will be improved in future. The SG also visited the office of the APRACA Consultancy Services (ACS) and handed over the APRACA Secretariat contribution to its sister organizations and took stock of the business.

APRACA Secretary General was invited by the Asia Low Emission Development Strategies (LEDS) Partnership, United States Agency for International Development (USAID), and Food and Agriculture Organization of the United Nations (FAO) who jointly convened a meeting in Bangkok, Thailand, on March 29, 2017 to promote the ‘Private Sector Investment in Climate-Smart Commodity Production in Southeast Asia’. The Secretary General spoke on the Strategies for Financing Climate-Smart Commodities at Scale: Perspective from Financiers and Investors. The Panelists discussed innovative financial models and tools; methods for building a pipeline of bankable investments; challenges for scaling investment; and priority needs to accelerate investment aligned with national and global climate change targets (e.g., NDCs and SDGs).