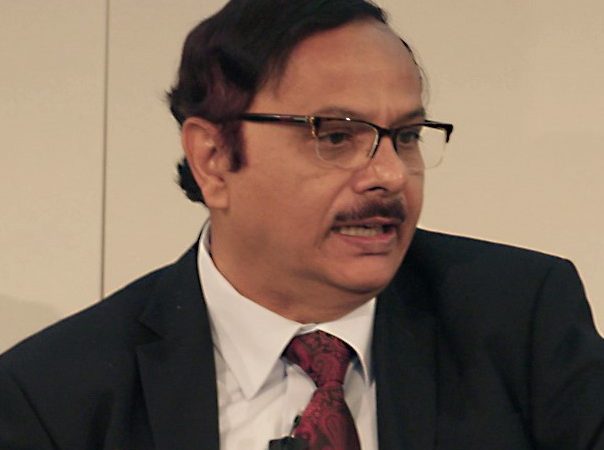 The Secretary General of APRACA was invited by the Government of Sarawak State in Malaysia to speak during the International Conference on Agriculture and Agro-based Industries, Sarawak 2017 (ICAAS 2017) held in Borneo Convention Centre Kuching during 21-22 August 2017. The objectives of the Conference was to share knowledge and best practices in agriculture and

The Secretary General of APRACA was invited by the Government of Sarawak State in Malaysia to speak during the International Conference on Agriculture and Agro-based Industries, Sarawak 2017 (ICAAS 2017) held in Borneo Convention Centre Kuching during 21-22 August 2017. The objectives of the Conference was to share knowledge and best practices in agriculture and the agro-based industries, to explore effective agriculture delivery systems in order to facilitate transformation of the agriculture sector and to identify opportunities in the utilization of digital technology to leapfrog the development of sustainable and competitive agriculture. Dr. Prasun Kumar Das spoke on agricultural value chain financing and how it could help in improving efficiency to the flow of capital in to the value chains to make them more efficient under the current scenario. The conference was a mega success and was attended by more than 1,500 delegates from the public sector, local and international agribusiness sector, entrepreneurs, researchers and academicians from the ASEAN region.

APRACA Secretary General was also invited by the organizers of ICCAS 2017 to deliberate on agricultural investment fund during the one day workshop specially convened for this purpose. The workshop was held on 23 August at the Hilton Hotel, Kuching which was designed with the aim to identify viable and sustainable models for venture capital in the agriculture and agro-based sector that will benefit the community and the private investor as partner in the venture. The workshop was attended by the Hon’ble Deputy Chief Minister, Assistant Ministers, Deputy State Secretary and 45 top officials from the State Government, Private Sector, Financial Institutions and Civil Society Organizations.

APRACA Secretary General received the high level delegations from the National parliament of Nepal who visited Bangkok to understand the best practices of cooperative sector supervision in Thailand during 5-8 July 2017. The purposes of their visit is to explore and learn on the Credit Union and Cooperatives sector in Thailand with special emphasis to the activities of Saving and Credit provided to members. The team also visited the Bank for Agriculture and Agricultural Cooperative (BAAC) to take stock of the banking activities with the farmer cooperatives and the agricultural marketing cooperatives. The meetings were extremely successful and the Parliamentarians of Nepal agreed to work out some common programme with the APRACA member institutions from Nepal on the cooperative development.

A team of 35 personnel from the Ministry of Agriculture and Livestock, Government of Nepal visited Thailand during 10-13 July 2017 and visited the APRACA Secretariat. The team visited Thailand to understand the process of value chain development and management. They undergone some class room sessions organized by APRACA and field visit on the dairy value chains and the business models being followed by visit to Wangnamyen Dairy cooperative.

APRACA Secretariat organized one 5 day training and learning exposure visit for the officials of HIMALI Project, Nepal to Thailand. The visit was organized during 15-20 July 2017 which included visit to agriculture, livestock and medicinal plants value chain process in many places of Thailand. The visiting team of HIMALI project met the officials of the Bank for Agriculture and Agricultural Cooperative (BAAC) to comprehend Agricultural Value Chain Finance and Agricultural Insurance programme of the Bank and how this support the development of value chains of the agricultural commodities in the country.

A group of 42 officials from the Prime Minister Agriculture Modernization Project (PM-AMP), Nepal visited Thailand as an exposure visit programme on ‘Value chains of the selected agricultural and livestock products’ during 15 July to 3 August 2017. The teams were divided in to 2 groups for logistical comfort. The first group of 22 officials visited during 15-21 July and the second group (20 officials) during 28 July to 3 August. APRACA organized their visit to the medicinal pant farm and processing units to expose the participants on the efficiency of the value chain.

APRCA Secretary General was invited by the organizers of the APEC 2017 to share the experiences of the member institution APRACA in tackling the multiple challenges of financial inclusion and the access to finance by the value chain actors in the region. Dr. Prasun Kumar Das chaired the session on ‘Agrifinance’ and the speakers were from the state Bank of India, Vietnam bank for Agriculture and Rural Development, ASKI MFI, Better than Cash initiatives of the United Nations and private sector representatives.

The APRACA Secretariat office was visited by Mr. A. R. Samal, General Manager of Reserve Bank of India during 16-18 July 2017 to understand the functions of APRACA as a part of his study visit to rural financial institutions in Asia and the Pacific. During his visit to APRACA, Mr. Samal was keen to understand about growth of agriculture and agribusiness sectors in Thailand from APRACA’s experience of working closely with the smallholder farmers in the region.

APRACA Secretary General led the E-Workshop held on 9 August 2017 organized jointly by ‘AgriFin’ (Agriculture Finance Support Facility of the World Bank) and Asia-Pacific Rural and Agricultural credit Association (APRACA). The workshop was organized Keeping in view the importance of knowledge services in agricultural finance and to understand the current ‘Knowledge Services in Agricultural Finance” and what could be done in near future to improve the capacity of the FIs in the region. The e-workshop is mainly targeting the APRACA member institutions in the region to bridge the gap of demand and supply of knowledge for best practices in financing to this sector. The main objectives of the workshop ware: a) to present the objectives of ‘AgriFin’ of the World Bank and the work that has been done up to date. The e-workshop was attended by 25 participants from 9 countries representing 11 member institutions.

APRACA Secretary General responded to the request from the African Rural and Agricultural Credit Association (AFRACA) based in Nairobi for technical support to organize the international training of trainers (ToT) on Agricultural Value Chain Finance during 27 August – 2 September which was held in Abuja, Nigeria. The training was led by Dr. Prasun Kumar Das and was attended by 35 participants from 9 countries of Central and South Africa.

The Secretary General of APRACA was invited by the World Bank as one of the key speakers for the panel discussions on ‘Blending Climate Finance and Agriculture Finance’ which was held in London during 11-12 September 2017. The Global forum was a great opportunity for the APRACA member Institutions and was attended by 15 member strong delegation from APRACA member institutions. The APRACA Member Institutions were engaged with the key global leaders in the agriculture finance and climate finance space (investors, climate funds, domestic and international financial institutions, donors, etc.) in a strategic and results-oriented dialogue on climate finance and take concrete actions to increase investments in low-carbon resilient agriculture sectors.